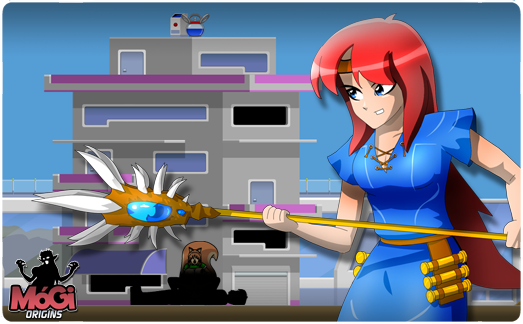 To get the new Beta, use the link you received upon purchase. The link is the same every time. If you lost that link or if you have a problem with the beta link to the dropbox, contact us through the contact form with your purchasing info (Offbeatr name, PPal email etc) and we'll resend the link to you there.

Alright so we understand it's been a while so in this blog post I'd like to detail exactly what happened to take so long. Short story, all the problems we had are now dealt with!

Over the course of the last few updates a small group of people came from the Demo telling us they had some trouble running the game. Their system specs weren't really all that good, and no one from the Beta Group was facing the same problems they were, so we kept working. After a while those same problems started appearing on one of our computers. This problem had no solution and the folks at GM weren't willing to cooperate with me, so I had to make some drastic changes.

First, I started with the levels. A lot of the tiles had some extra spaces that weren't really necessary and some could be downsized or split into multiple chunks, so I started doing that. These changes prompted that I redesign the levels affected by these modifications. In the end, I had to recreate every level in the game for a second time. This... was time consuming, but I thought the payoff would be worth it. In the end... it wasn't. The memory issues were still prevalent.

Next, I decided to externalize our adult scenes. This means that the adult scenes won't load on startup anymore and will load when they're needed. This change would drastically improve the startup time of the game but cause some delay midgame, so I didn't do this before. The challenges I faced doing this was that I needed to encrypt the new external files and change how the animations were displayed in game at a base level. This was time consuming but this had an impact.

So with the memory problems (user-end) allayed for the time being I went back to finishing the new levels. These levels are huge and caused GM to crash from time to time. In the end, I had to find a new way to design levels that involves splitting the levels into parts and combining them later.

The problem with all this is that whenever I thought I was done, more came up. These were also completely unexpected. I was prepared for some memory issues but not to this extent. Throughout all this, my computer never borrowed more than 30% of my total memory so it was frustrating to see GM crash when my system could handle it.

The adult scenes should definitely show up now.

As for movement, I could not for the life of me recreate these problems. It could be that when I updated the file in dropbox some kind of error happened during the uploading process or something. Either way, I added some padding to the movement and changed some variables for more versatility. I honestly don't think the movement will be an issue anymore.

As for the Saving, all I can say is... I've tested this on 3 different machines and have yet to face this problem. The game only runs on windows. I can't test for virtual machines and would honestly love more information regarding this however; I still looked as far into it as I could. I made sure the system triple checks if savedata exists before giving you New Game text, and the game checks if it's saved after you save.

I was able to run through the entire game without getting stuck, teleporting, and while unlocking everything on 3 different machines so I feel these glitch fixes have been fixed, though if problems still arise I'm more than willing to look into them.

I fixed your sprite deleted error so pumpkin and amanita should definitely show up for you now.

Neko and Oak should also show up in your gallery if you trigger their sex scenes now.