It's A New Year

A year has passed.

In retrospect, it hasn't been the most positive year. Not for our fans, or for the world in general and definitely not for me.  I'm the one posting this. The programmer TitanAnteus. I'm not going to mince words with you. This delay on the game has been more than 100% my fault. 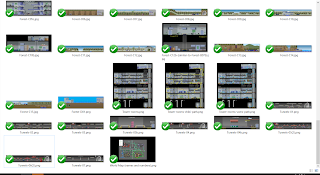 I mean look at this.


That's just a small piece of what's done already from an artistic standpoint.  I've been dealing with personal struggles that I don't feel comfortable telling everyone, but I've also had the pure HUBRIS to think it wouldn't affect me on a professional level.  Let's not forget, I've had computer issues forcing me to upgrade to win10 which had a negative impact on the code. The game ran differently, and I was working to get it to feel the same as b4 the update, and... well everything I say will just sound like complaints so I'll stop with that.


This is a New Year.

I'm making it my personal New Year's Resolution to it that things change. On my part. Personally. I don't know what more I can say.  I could've kept this all to myself as I tried to make changes in my life, but even with the risk of what this could do to me, I'm willing to bear it out there anyway. Because you deserve to know.

If there are any GM programmers out there who would want to help us out, please message us on the contact form. We've got a level designer, so we just need an all-rounder programmer.
Posted by TitanAnteus at 9:45 PM 14 comments: