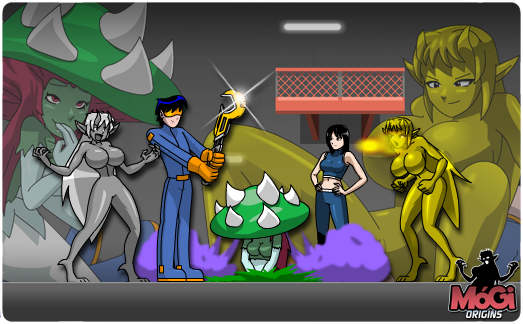 To get the new Beta, use the link you received upon purchase. If you played the game
before, it needs to be restarted in order to play correctly some essential additions.
But now, you can play most of the game as Rudy!


In this Beta it was just going to be Stone, Gold and the Tunnels. But we ended up adding a few more things into the mix: Voms' new move can be combined with kicks or used to trick Nekos or beat multiple MoGi at the same time! Rudy's roll (press down as you run forward) makes her invisible for a bit and can be useful against Amanita's! Toadstool and Gold are extra MoGi, not supposed to be in the game but we even added new sex scenes for them! There's also a small surprise added... find it just before the end of this Beta!