Alraune is completed! Her sex scene was very complex to do, mainly because of the many moving parts. She has probably the most layers than any MoGi before her... over 80! I recorded the making-of procedure and I will post it in Erogi's Patreon for anyone who supports us with $1 or more.

What is left to do for Voms timeline (by Veins): 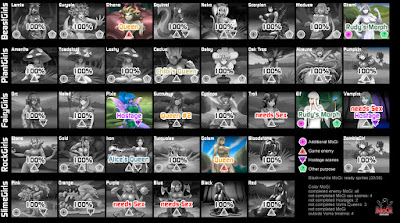 What is left to do outside Voms timeline (by Veins):