Living with Titan for 2 months


These past 2 months went by fast and they were very productive.

I managed to design all the remaining areas of the game and our level guys managed to deliver them a couple of days ago. Talking in numbers, all the levels (both indoors and outdoors) ended up being 154 and almost 60 of them were made in these past 2 months. Originally, Titan was adding every area on his own, but to add so many levels... he would have to work exclusively on them for many months to get them done. These areas still need to be linked together and be polished but this is indeed a huge milestone!

All these new areas have a lot of new art, riddles and interactive elements such as horizontal lifts and ENP locks (you need to shoot energy bullets on certain slots to activate doors or lifts). New hazards also were added: Robots, lasers, falling platforms, electrical grounds, toxic lakes and clouds to name a few.

Titan is now working on the last 2 Queens. Succogi, Succalice and Golem are done programming-wise but I still need to finish their animations.

We will try our best to finish as much as we can regarding Voms' timeline for the next 2 weeks that Titan will stay with me. When Titan leaves, we will keep working on the project and try to release Vom's story as a complete game. The rest of the characters will follow as free DLC, hopefully soon after.

We wish you a happy new year and we will end our post with a positive message! 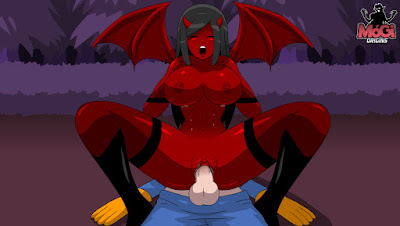